Manchester City host Leicester in the Premier League this weekend and the league leaders will be looking to get back to winning ways here.

They were held to a draw last weekend and Guardiola’s men will be fired up for this one.

Meanwhile, the Foxes are on the up and they will aim to finish seventh this season. If they can improve their away record, Leicester should be able to leapfrog Burnley with ease.

The Foxes have lost three of their last four away league matches. On the other hand, City have won 12 of 13 Premier League home matches this season and they are favourites to win here. 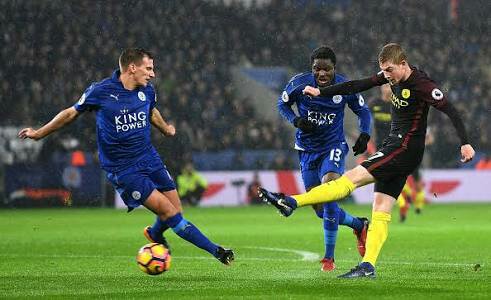 Mendy, Jesus, Delph and Sane are ruled out for the home side. David Silva and John Stones are doubts for this game.

As for Leicester, Wes Morgan and Robert Huth are not likely to feature.

Manchester City have won their last 12 home matches in the Premier League. Bet on the home side to win here.

There have been over 2.5 goals scored in Man City’s last 12 home games in the Premier League.

Manchester City are firm favourites to win here. They have the best team in the league despite all the injuries.

Leicester are simply out of their depth here. Also, their away form has been quite poor.

A comfortable home win is on the cards here.

(The Writer is a Kenyan born football analyst. The content in this article represents his own opinion)

Welcome to the future of storytelling