Moi University administration has finally realized that students’ stay away from campus for long is not good, God knows for what. The students have been asked to sign some document that reminds one of the ‘return to work’ formula that teachers normally beg to sign after the government has frustrated them in their own strike. You see, in a country of old people, things can get really slow. Whenever teachers down their tools, the government calls them to negotiations and make insulting offers with an intention that they will get angry and walk away. After weeks of ‘neglect of duty’, threats of no pay for the month make newspaper headlines. The humble folks go back to the drawing table, plead for ‘no victimization’ sign ‘return to work formula’ and head back to class. The same trick drove lecturers back to lecture halls last year.

Anyway, when the newsrooms were broadcasting the breaking news from Kesses that Moi University were on a protest, I asked a friend why they were holding a demonstration. It was only a day after Moi Day and the following day Eliud Kipchoge would make history. Whether they needed an extension of Moi Day, because the institution bears the name of Mzee, or an early preparation to celebrate Kipchoge, for the institution is situated in the county of Champions, no one knew. Someone even noted that Kenyatta University students had celebrated Moi Day at home and now Moi University students were going to celebrate Kenyatta Day at home.

My source told me that the demonstration was so peaceful that he is shocked at the Kshs. 1950 the administration has imposed.

“We brought down a few wooden vibandas, a wire mesh, a few window panes and some billboards.”

I told him that it was one of the most peaceful demonstrations I’ve ever heard of. I recall one time in 2015 when we went on a peaceful demonstration. The police were so disappointed at the peace that they torched their own car, a land rover. The comrades who were present know the entire story. Despite the peace, live bullet cartridges were picked at a field that had been used for the cat and mouse game between the students and the police. A question that begs a response is that of police involvement in a conflict between the university administration and the students, or the landlord and the tenant. University administrations, ever full of aristocracy, are always ready to invite the police to ‘talk’ to students on their behalf. Violence begets violence. You cannot confront an unarmed person with a weapon and expect him or her not to acquire a tool for defence. With this shift of antagonism, destruction and loss of property remains inevitable.

Then there was a time when blackouts were more often in Moi than deaths by accident on our roads. When students decided that it was time they reaped what they had sowed in the name of MUSO subscription that went into shops on campus, the administration decided they had learnt too much they should go home and unlearn it. I even did a fictional short story based on the incident. But it was three years later when Jairo Moses, the then MUSO Academics Director was unceremoniously and in the cover of darkness sent away that I submitted the story to The East African Magazine. They published it under the title “The Price of Mob Mentality”. Jairo Moses had called for a demonstration regarding the unending case of missing marks. Alumni of Moi University contort their faces and shake their heads at the mention of this devil called missing marks.

What still amazes me is that in an age where virtually every adult owns a working smartphone, it is still difficult for some people to get these stories out there. I am imagining a scenario where while the police is shooting a live bullet at students who are armed with nothing but songs of solidarity and weak twigs that cannot even harm a pesky fly, someone shoots a short video and shares it to the world. Or when the students are marching peacefully, what if someone does a live link to the outside world. People want to hear these stories, before they can stand in solidarity with you.

There is a time villagers came into the university premises and began attacking students with stones and arrows and bows. If you told someone that it is true it happened, they would stare at you with that look that suggests, “You can surely tell a more believable story.” There was a time when some hostels in Moi University got flooded, and nobody talked about it. The rainy season passed and not even some of the students knew what was going on. And then there was the embarrassing relocation of students from Odera Akang’o-Yala and Kitale Campuses of Moi University. While students were ambushed with the relocation, no one cared. And when they arrived at the university deep in the night and camped at Students Centre, some had not even an idea of what was going on. They only learnt about it when the following day, they met strange faces in class.

Universities are no longer conducive for learning. Whether the conditions are being made inhabitable for students so that more can opt for a forced vocational training, no one knows. And someone told me that if you want to finish a system, use a person people believe in. Whoever is ranting around the country while merging the departments at universities and condemning social sciences, was once a very brilliant head. However, the arrogance and lake side ego combined with the intentions of his puppeteers has numbed his brains.

It is time university students across the nation called for a nationwide protest to be joined in by the citizenry of the country. They must condemn issues of missing marks. They must shun the cartels forcing them to buy food at the university mess. They must question accountability of their fees. They should condemn hiking of rent for rentals. After such struggles in the university, graduates join the job market flooded by the old. A country that appoints old people to head sectors that handle issues affecting the youth needs a revolution.

Kenya is busy killing its young people and the education system. I wonder what is left to assassinate. If the young people refuse to pay attention to the policies and the politics of the country they owe their allegiance to, they have agreed to be slain. In the words of Malcolm X, what makes one a citizen if s/he has to wake up each day to fight for his or her civil rights?

OCHIENG' OBUNGA
Ochieng' Obunga, a Writer at large, is the Chief Editor at Mobile Journalism Africa. 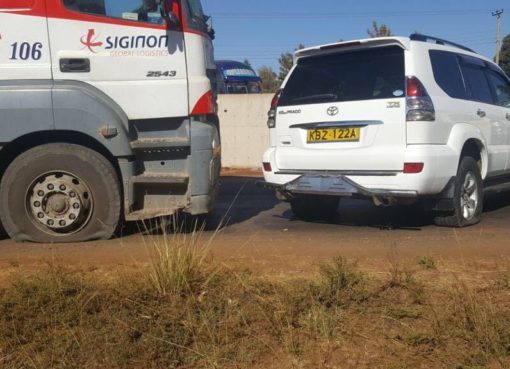